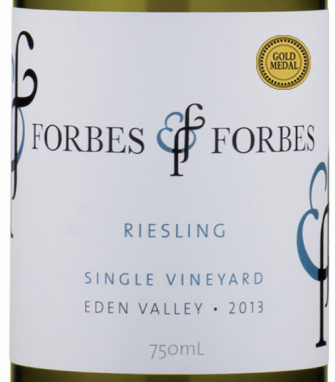 It has just been announced that the 2013 Forbes & Forbes Riesling has been awarded a Gold Medal in the Single Vineyard category of the 2013 National Canberra Wine Show.

This mirrors our result for the 2012 Riesling at last year’s show.  This is very gratifying and indicates that we must be on the right track.

In the Summer 2013 edition of Barossa Living magazine, in the Top 20 Wines article, Tyson Stelzer has awarded the wine 91 points and said “Colin Forbes is not certain when his Riesling was planted, but he suspects the 1920s.  I’ve always admired the skilfully crafted result, set off this year in racy new livery.“